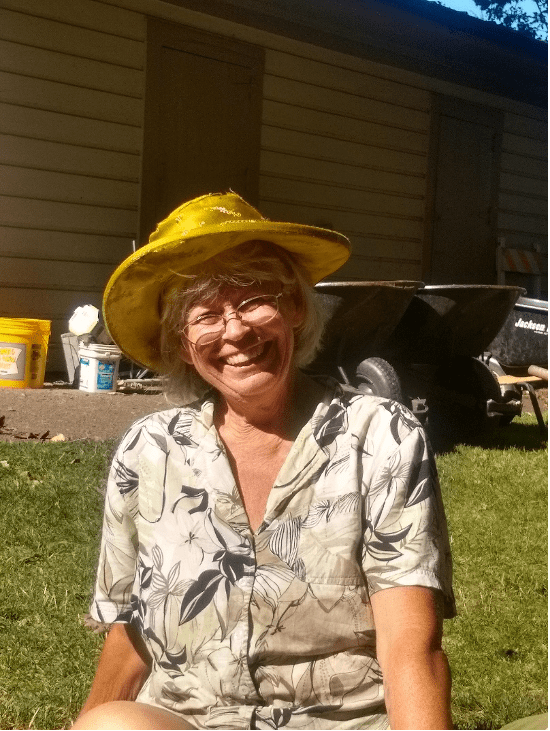 Tuesday Gardener Anne Teeling – better known as Anya or Annie – moved to Salem in 2009 from Illinois.  Anya grew up in Chicago and its suburbs.  She worked as a member of the horticulture and landscape maintenance crew at the world-famous Morton Arboretum in Lisle, Illinois, near Chicago.  https://www.mortonarb.org/

After retiring from The Morton Arboretum, Anya attended a workshop in Oregon and became interested in moving here.  She felt a strong sense of place in Oregon and loved the abundance of trees.  She was also attracted by the fact that she could grow food year-round in the Willamette Valley.  So, after meeting some friendly Oregonians, she took the plunge and moved west.  She soon became interested in Bush’s Pasture Park and joined Friends of Bush Park, lending her expertise in park maintenance.

Anya lives her strong values.  She describes herself as an introvert who is happy to be social, but also loves time by herself, including time spent gardening.  In addition to gardening, she enjoys Yoga, biking, and sewing.  And she especially loves cooking and preserving food from her garden. Anya is committed to sharing the bounty of her garden and readily gives away seeds, starts, and produce.

Anya now lives in Eugene, where she considers herself semi-retired.  She helps others in their gardens and, of course, tends her own garden.  She still shows up in Bush’s Pasture Park on Tuesday mornings to help care for the park.  The oak groves are her favorite part of the park; she has delivered many, many wheelbarrows loaded with chips to the oak grove in the upper level of the park.  Anya is known among the Tuesday Gardeners for her ready smile and her deep love of and respect for “mother earth.”