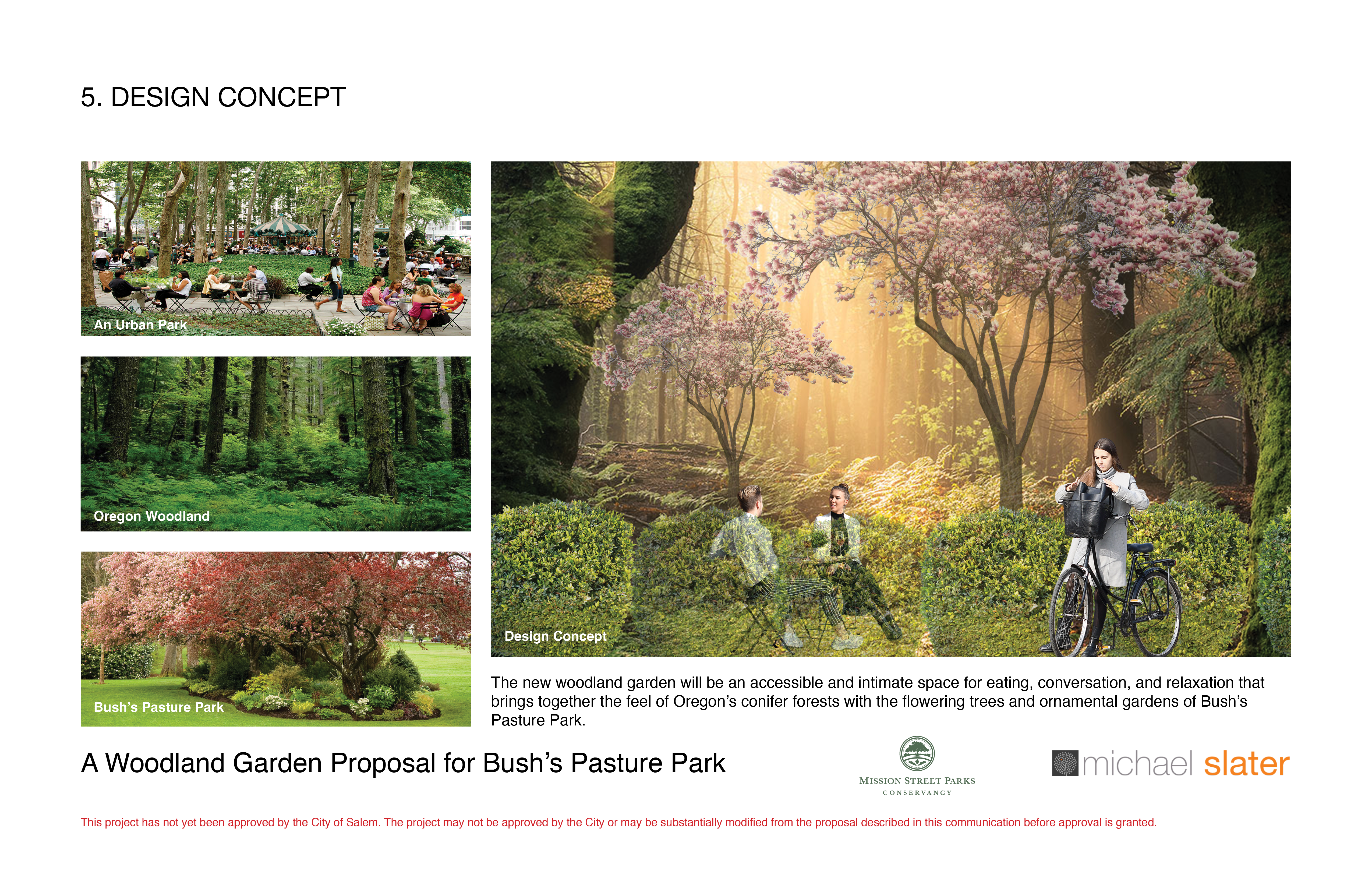 Mission Street Parks Conservancy is excited to announce the kickoff of our next project in Bush’s Pasture Park!  The City of Salem has authorized development of a new Woodland Garden in an unused area near the Conservatory (greenhouse) and the Bush Barn parking lot.

The new garden, designed by Michael Slater and Gretchen Carnaby, will be an accessible and intimate space that combines the feel of a western Oregon conifer forest with some of the flowering trees in the Park’s ornamental gardens.  The space will be a perfect location for friends to enjoy coffee, lunch, or a game of cards.

The design incorporates some existing plants, including the holly and boxwood hedges. New trees and shrubs have been selected with climate change in mind. Irrigation will be installed to help new plantings get established.  The garden will include seating for groups of three or four people and wheel-friendly paths.

Because of the historic nature of the Park, the Conservancy will work with an archaeologist to ensure preservation of any artifacts that may be inadvertently discovered during the project.  Before pioneer settlement, Bush’s Pasture Park was occupied by the Santiam Kalapuya, whose descents are now represented by the Confederated Tribes of Grand Ronde and the Confederated Tribes of Siletz Indians.  The new garden will be in the northwest part of the Park, near the historic Bush House.

We are putting together a detailed budget for the project and we expect to begin active fundraising this fall, with construction in the fall of 2023.  If you want more information about this exciting new project, email us at info@MissionStreetParks.org