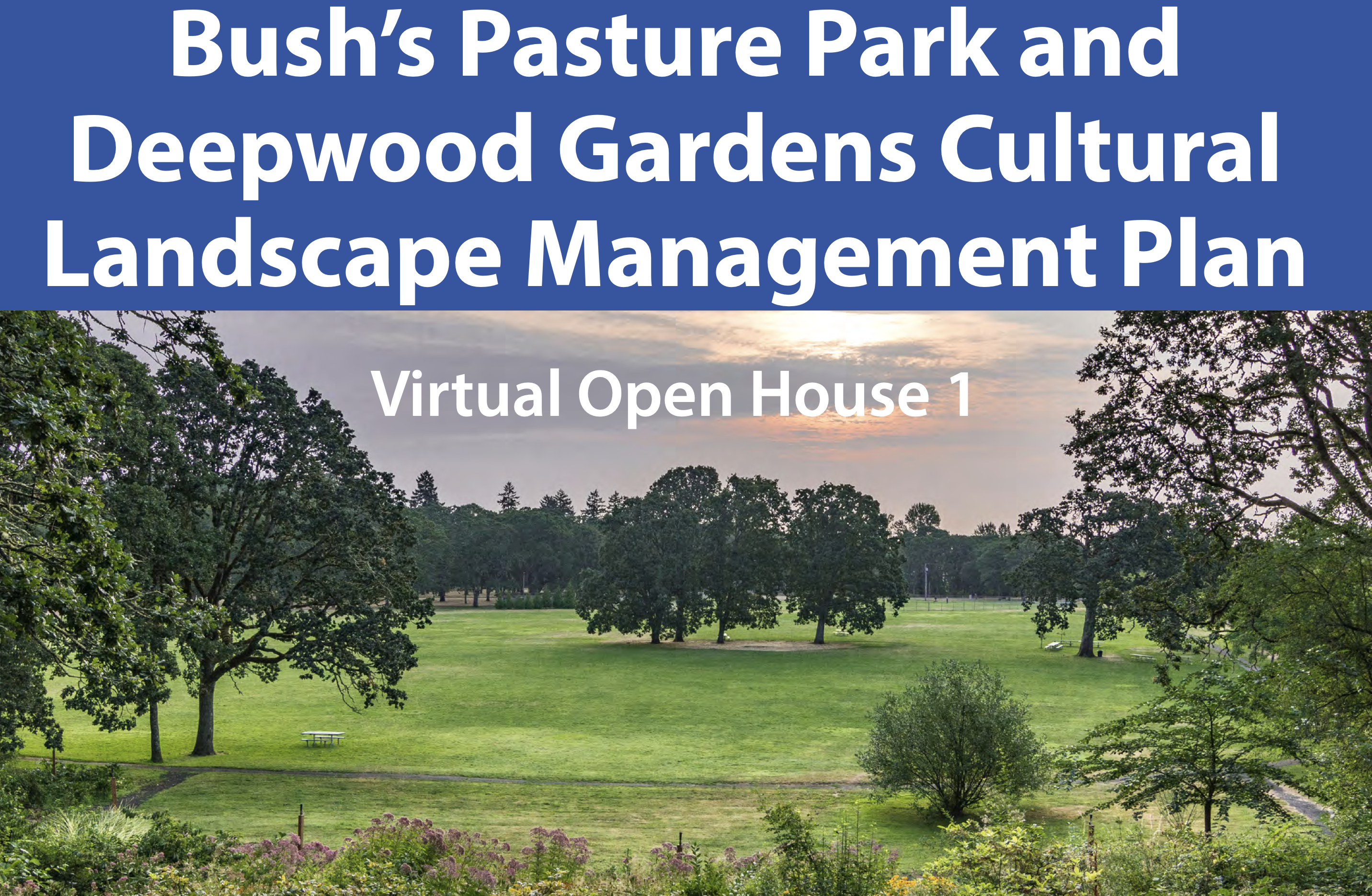 The City of Salem began with ambitious plans to engage the public in development of a Cultural Landscape Management Plan for Bush, Deepwood, and Yew Parks.  Then COVID-19 intervened.  Meetings were out; Zoom is in!

The City and its consultants shifted to virtual meetings and an on-line survey to solicit public comment.  The Mission Street Parks Conservancy has participated in two stakeholder meetings and the larger public survey with a view to furthering the Conservancy’s mission.

The first stakeholder meeting took place in July and involved more than 20 people representing local groups that are interested in the Parks. Attendees included representatives of Salem Art Association, Deepwood Museum and Gardens, Lord & Schryver Conservancy, Travel Salem, Willamette University, and SCAN, among others.  MSPC Board President Christine Chute and Treasurer Gretchen Carnaby both participated. Discussion centered around a pre-meeting questionnaire designed to reveal major areas of agreement and disagreement among the stakeholders.  The meeting ended with no conclusions, but an interesting exchange of views.

After the stakeholder meeting, the City conducted an on-line public survey in both English and Spanish.  351 people responded to the survey, with 232 actually completing the survey.  Most of those who responded are regular visitors to one or more of the Parks (61%) and do not visit a Park for any particular special event (73%).  Respondents strongly supported protection of the Oregon white oaks and the camas fields in Bush’s Pasture Park.  Several respondents also mentioned the Salem Art Fair, with some expressing concern that Art Fair traffic damages the oak trees and a smaller number supporting the Art Fair remaining under the oaks.

In October, the City presented a draft Vision Statement and draft Cultural Management Landscape Plan (CMLP) at a second stakeholders’ meeting.  The draft CMLP identified 15 possible management zones within Bush, Deepwood, and Yew Park; possible “opportunities” for management within each zone; and constraints and challenges within each zone.  The draft focused on protecting and maintaining historic landscape features in the Parks and restoring the riparian area along Pringle Creek.

MSPC representatives have appreciated the thoughtful approach taken in the draft CMLP and agreed overall with the draft recommendations.  The draft is not yet available on-line, but MSPC will post it when it does become available.

Please direct comments and questions about the Cultural Management Landscape Plan to the City by using this link.