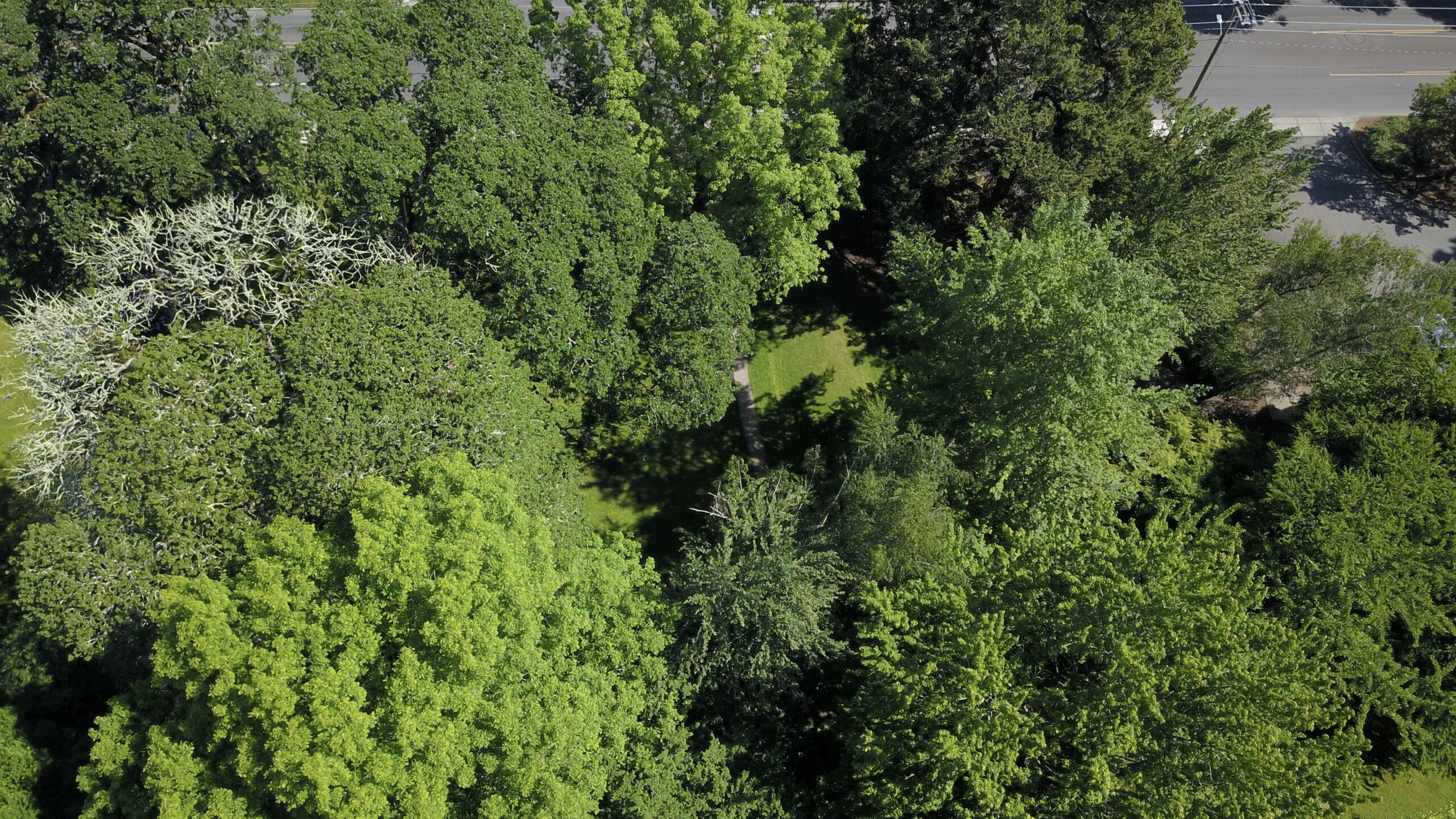 Trees do not seem to “talk” as we know it, by sending specific sound waves into the air.  But scientists are convinced that trees communicate through a system of underground connections that rely upon fungi.  Scientists say that these connections can influence how trees grow and whether they defend themselves from disease.

The fungal network works because trees and fungi have a long-term symbiotic relationship from which both benefit.  Trees use sunlight to create sugars for food, which they share with the fungi.  The fungi absorb nutrients from the soil, including phosphates and nitrates, which they share with trees.  This sharing encourages fungi to spread in a forest and, as a result, establishes connections (via the fungi) between trees.  Trees use the fungal network to share nutrients with other trees.

For example, tiny tree seedlings living in a shady forest may have a hard time getting enough sunlight to create their own sugars.  Mature trees can (and do!) support nearby seedlings by sending out extra sugars through the network of fungus to the seedlings.  These extra nutrients help seedlings to get established and to thrive, despite limited access to sunlight.

In other studies, scientists have seen that, when some trees are attacked by pests, they send out chemicals via the fungal network that act to warn neighboring trees.  In response to this chemical message, neighboring trees can build up extra toxins to help ward off pests.

Some scientists are even finding that trees send out electrical signals, quite reminiscent of the electrical signals used by neurons in animals.  They call this the “wood-wide web.”  Trees seem mainly to communicate about food, drought, and danger, but who can say what scientists will ultimately learn about tree communications?

To learn more about this fascinating topic, check out these resources:

Talking Trees: How Do trees Communicate?

Do Trees Talk to One Another?