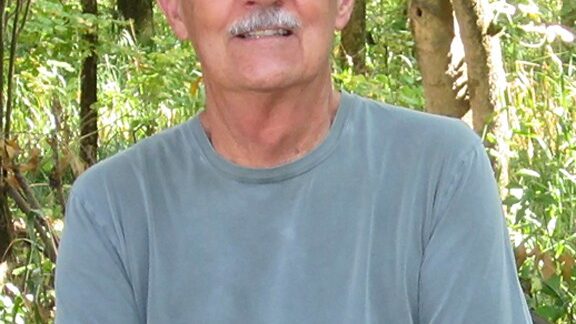 Perhaps you have noticed the gorgeous photographs on the Conservancy’s Facebook page or at the kiosk near the Bush House Museum.  Many of these photographs are the work of Jim Schomaker, who loves both gardening and photographing landscapes and flowers.  His two passions come together in his volunteer work for The Conservancy.  His contribution to documenting the park during all seasons is unique and very special.

Jim grew up on the Jersey Shore, with the beauty of nature always nearby.  He became an engineer and, after his military service, moved to California to work in electronics in Palo Alto.

While living in California, Jim borrowed his brother’s Nikon camera and a couple of lenses. He soon became fascinated by the challenges and creative possibilities of photography.  Since then, he has accumulated many college credits and attended many workshops on photography.  As his skill progressed, he became dissatisfied with the quality of color printing available.  To solve that problem, Jim began printing his own work.  He now routinely prints, mounts, and mats his own photos.  He is known for his beautiful prints, some of which have been shown at the Bush Barn in Bush’s Pasture Park.

When Jim got ready to retire, he and his wife Patty decided to move to Oregon.  They had visited while on vacation and heard the call of Oregon’s natural beauty.  Patty worked in a winery in California, so Oregon’s Willamette Valley seemed like a good fit.  They settled in Salem and shortly after arriving in Salem in 2007, Jim went to a plant sale sponsored by Friends of Bush Gardens.  Before he left the sale, he had signed up to work as a volunteer gardener in Bush’s Pasture Park and he hasn’t stopped.  Patty found her niche working at Willamette University.

Jim works most Tuesday mornings in the large landscape beds to the north of the Bush Conservatory.  His care and attention keep those beds and the surrounding gravel walkways in great shape.  This summer, Jim dragged yards of heavy hose to the beds, watering to keep struggling plants alive during the record-breaking heat.

Jim says that the best thing about gardening in Bush’s Pasture Park are the people he works with – his fellow volunteer gardeners.  He has also enjoyed learning more about gardening and plants, especially from the Conservancy’s former volunteer supervisor, Gretchen Carnaby.  Patty supports Jim’s volunteer work by occasionally making treats for the gardeners’ coffee break, which his fellow volunteers always appreciate.

His fellow gardeners know Jim as a patient, detail-oriented volunteer who is generous with his time, his expertise, and his photographs.  Thanks for all you do, Jim!