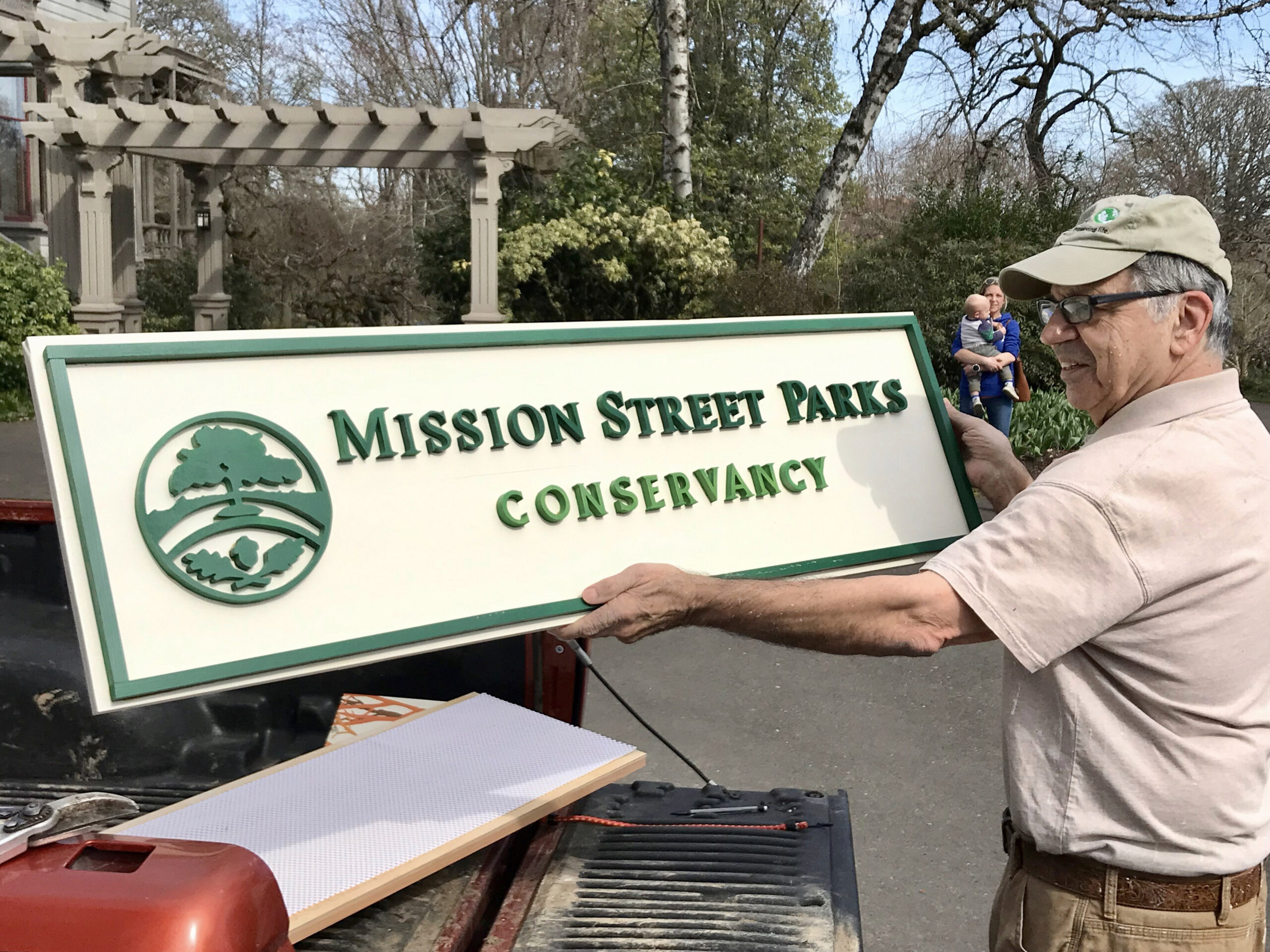 You may have seen Chet Zenone if you have been in Bush’s Pasture Park on a Tuesday morning. Chet’s the guy with the glasses, making jokes, and chatting with his fellow Tuesday gardeners. He’ll help anywhere, but woodworking projects are his passion. He has volunteered at the park for about five years.

Chet and his wife Merrilee were driving from Arizona to Seattle a few years back and spent one beautiful weekend in Oregon.  Chet’s work as a hydrologist for the United States Geological Survey had taken him from Alaska to Arizona to Virginia and back again, but when they spent a night near Stayton, they were impressed with the Oregon’s beauty.  “There were roses everywhere,” he says, still sounding impressed. They decided that this looked like a good place to retire.

And so, in 2001, Chet and Merrilee moved to Salem to begin what turned out to be a very active retirement.  Chet has provided his woodworking expertise to several local organizations, including the Salem Audubon Society, the Lord & Schryver Conservancy, and the Mission Street Parks Conservancy. His first project in the park was to help rebuild the gazebo in the rose garden just off High Street. He is also instrumental in helping set up at MSPC’s plant sales because he knows the secrets of the more complicated structures.

Chet is now working on project to equip plant beds in the northwest corner of the park with labels that identify the plants. He is making 50 posts.  Each post is cut, attached to a label holder, stained, and finished and topped with a metal label. Park staff will install the posts in the appropriate beds. Each label contains a QR code, which can be read by a smart phone to link to a website with specific information about that bed and its plants. MSPC’s label project is funded in part by a grant from Marion County Cultural Development Corporation.

Among his fellow volunteers, Chet is known for his gentle wit, generosity, and philosophical point-of-view. If you see him, stop and say hello, but from a safe and social distance.