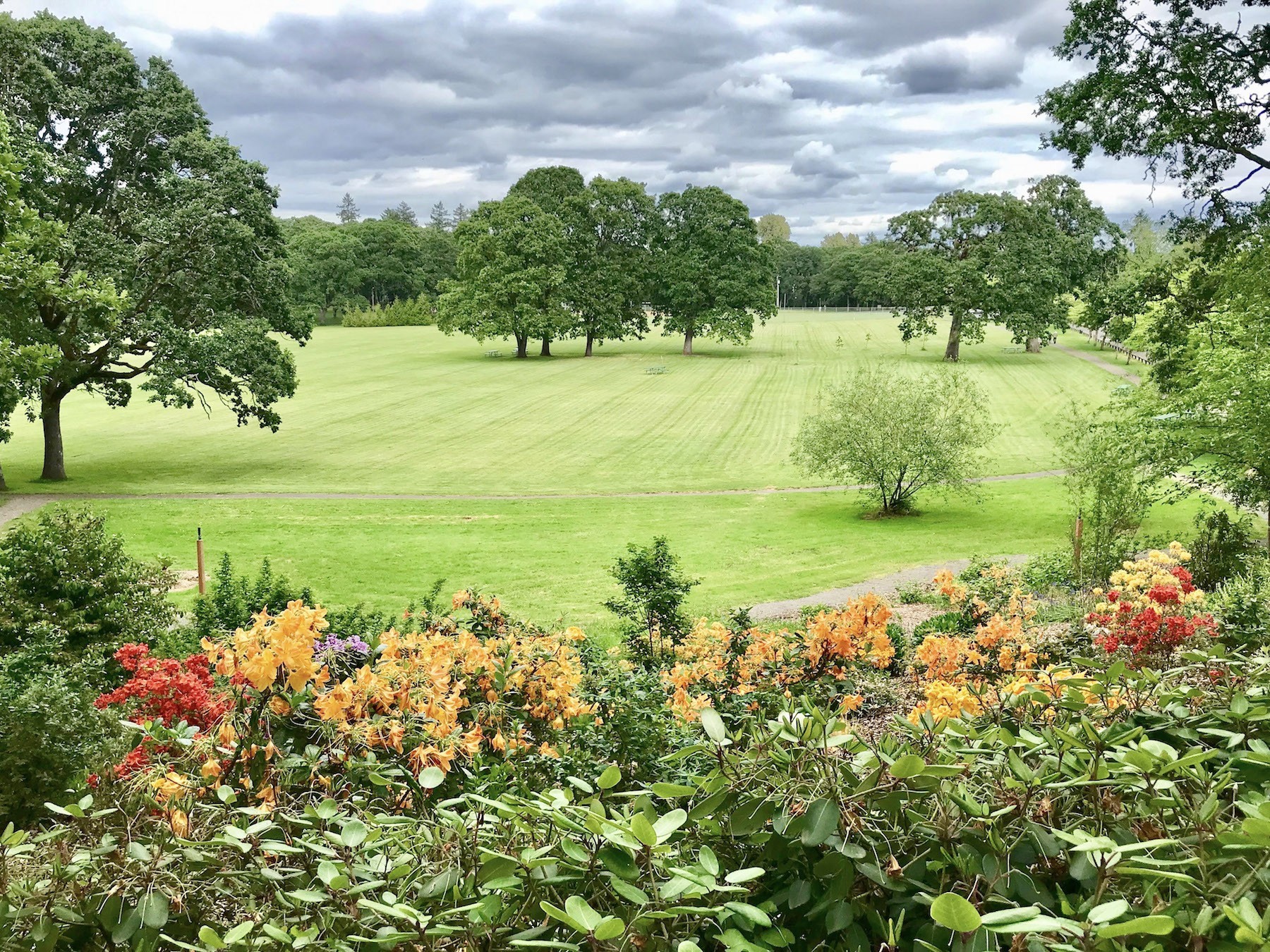 On July 25, the Statesman-Journal published a news story on the Oregon white oaks in Bush’s Pasture Park that drew heavily on a report commissioned by Mission Street Parks Conservancy (MSPC). Since the story’s publication, there has been a debate on social media that focused specifically on the impact of Salem Art Association’s Summer Art Fair on the oaks. In response, the Mission Street Parks Board of Directors released the following statement:

“We are grateful that there is a renewed interest among the public in the health and long-term viability of the Oregon white oak groves in Bush’s Pasture Park. The Conservancy formed, in part, to ensure that Oregon white oaks and other native plants could thrive in the park for today’s park visitors and for future generations. We also recognize that these Oregon white oaks exist in a large urban park with a diverse range of park-goers and stakeholders. Occasionally, public access and plant preservation conflict. Fortunately, at 90.5 acres, we believe Bush’s Pasture Park is able to accommodate many interests and uses.

“The Mission Street Board is aware of, and does not support, calls for the eviction of the Salem Art Fair from Bush’s Pasture Park. While we recognize that the Salem Art Fair, picnickers, city operations, cross country runners, soap box derby racers, and other factors have adversely impacted the oaks in the past—and continue to do so today—we do not believe evicting people from the park is the best solution.

“The City of Salem has committed to work with the Conservancy, the public, and other stakeholders to develop an Oregon white oak management plan for Bush’s Pasture Park. The City will also begin a master plan process for the park towards the end of the year. We encourage park-goers and interested parties to participate in the City’s processes.

“In addition, the Conservancy will be releasing as soon as September its own proposal on how best to manage the different interests and uses in the park. We hope to receive broad public feedback on our proposal in order to be better advocates for the park in the master plan process.

“Bush’s Pasture Park plays an important role in our diverse and growing Salem community. The Mission Street Parks Conservancy is committed to ensuring that community members today and in the future have an opportunity to enjoy its unique beauty.”