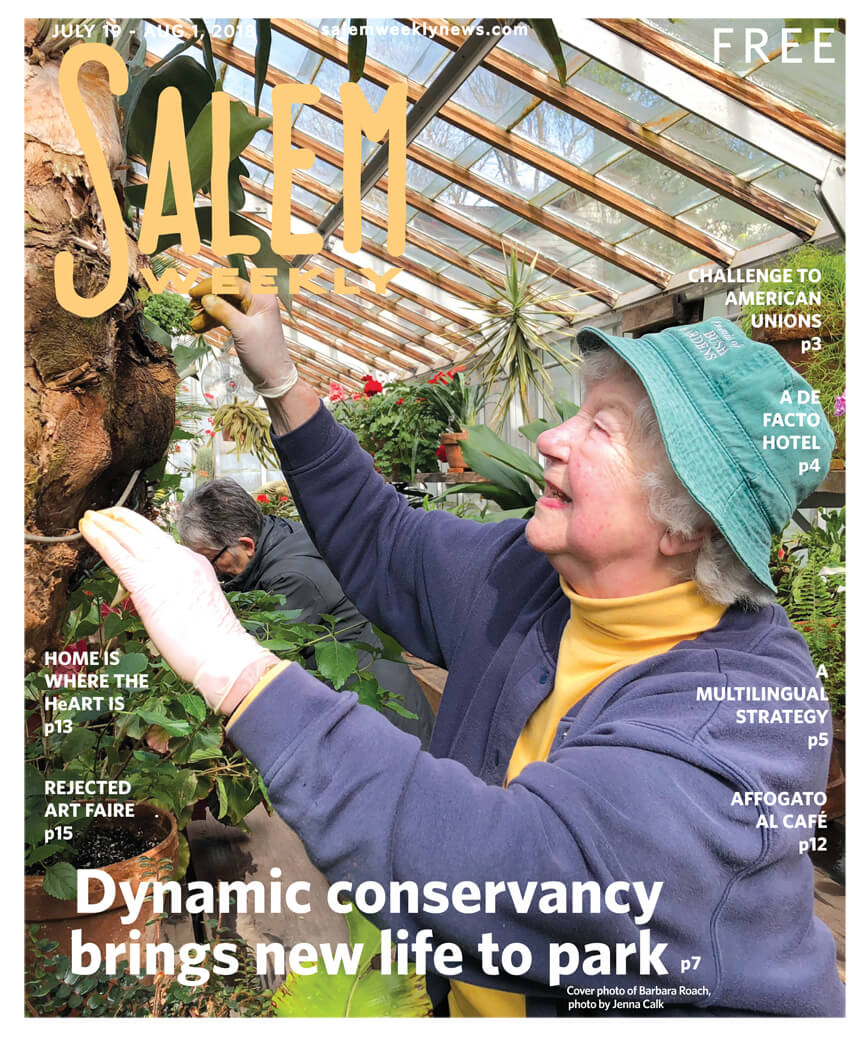 The formation of Mission Street Parks Conservancy made the cover of the July 19thedition of Salem Weekly. The story reported on the impetus for MSPC’s formation, the response by City officials, and its future plans.

“‘I’m really excited,’ said Mayor Chuck Bennett. ‘Improved park maintenance was “obviously badly needed or we wouldn’t have a conservancy group coming forward… The work that has been done at Bush has just been exemplary.’ Bennett reflected on cutbacks that have impacted park care in recent years and added, ‘and to see it have a plan for more assistance from grants and other kinds of things that a 501 (c) 3 has, I think really makes sense.'”

“Gretchen Carnaby, founder of Friends of Bush Gardens and co-founding member of the new Conservancy board, has led the volunteer efforts in Bush’s Pasture Park for decades. Carnaby says, ‘I was greatly heartened by the council’s commitment to monitor our progress and to help ensure our success.  The only way a conservancy can be successful is to be tightly partnered with the governmental agency involved – in this case, Salem City Parks.'”

You can read the article here.