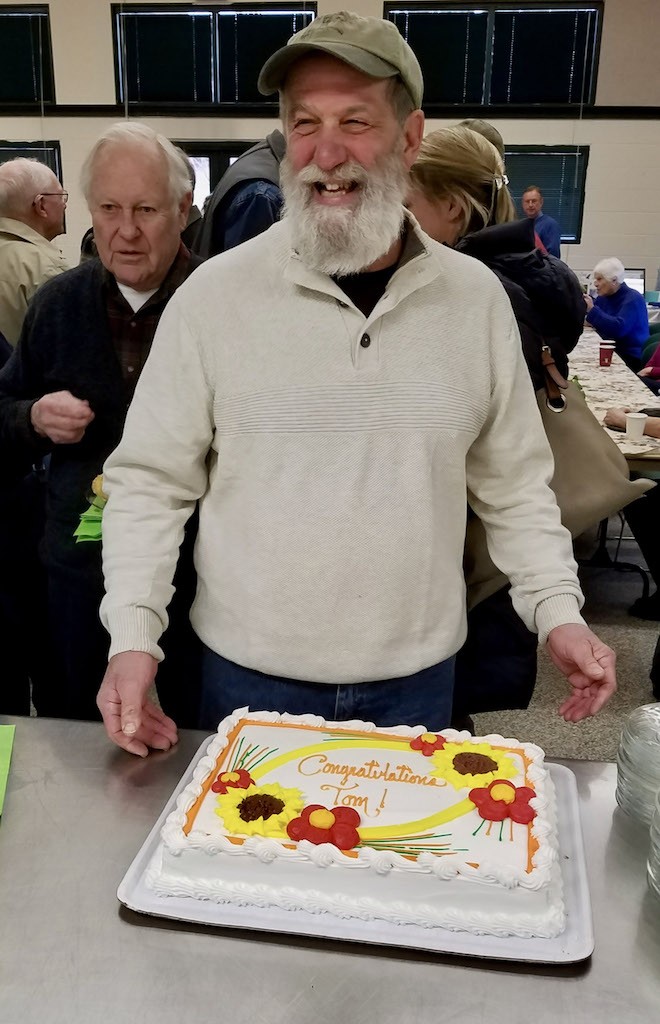 Tom Beatty retired as the City’s horticulturist on February 28th.  His departure closes an 18-year tenure during which, among other duties, he served as the head gardener of Bush’s Pasture Park. While Tom had a desk at the park’s historic “root house,” he was more often out in the park supervising ground crews, planting spring bulbs and trees, or answering questions from the public. Tom’s handiwork can be seen everywhere in the park, but is most evident at the Rhododendron Hillside, which he helped design and install, and the park’s lush Rose Garden and its broad collection of old and modern  roses.

Gretchen Carnaby, co-founder of Mission Street Parks Conservancy, worked alongside Tom for his 18 years at the park. At his retirement party, she said: “His passion for plants, willingness to humbly share his knowledge, ‘can do’ attitude, and deep kindness will be greatly missed. Just by being Tom, he has enriched our sense of community in the park.  Thank you, Tom.”