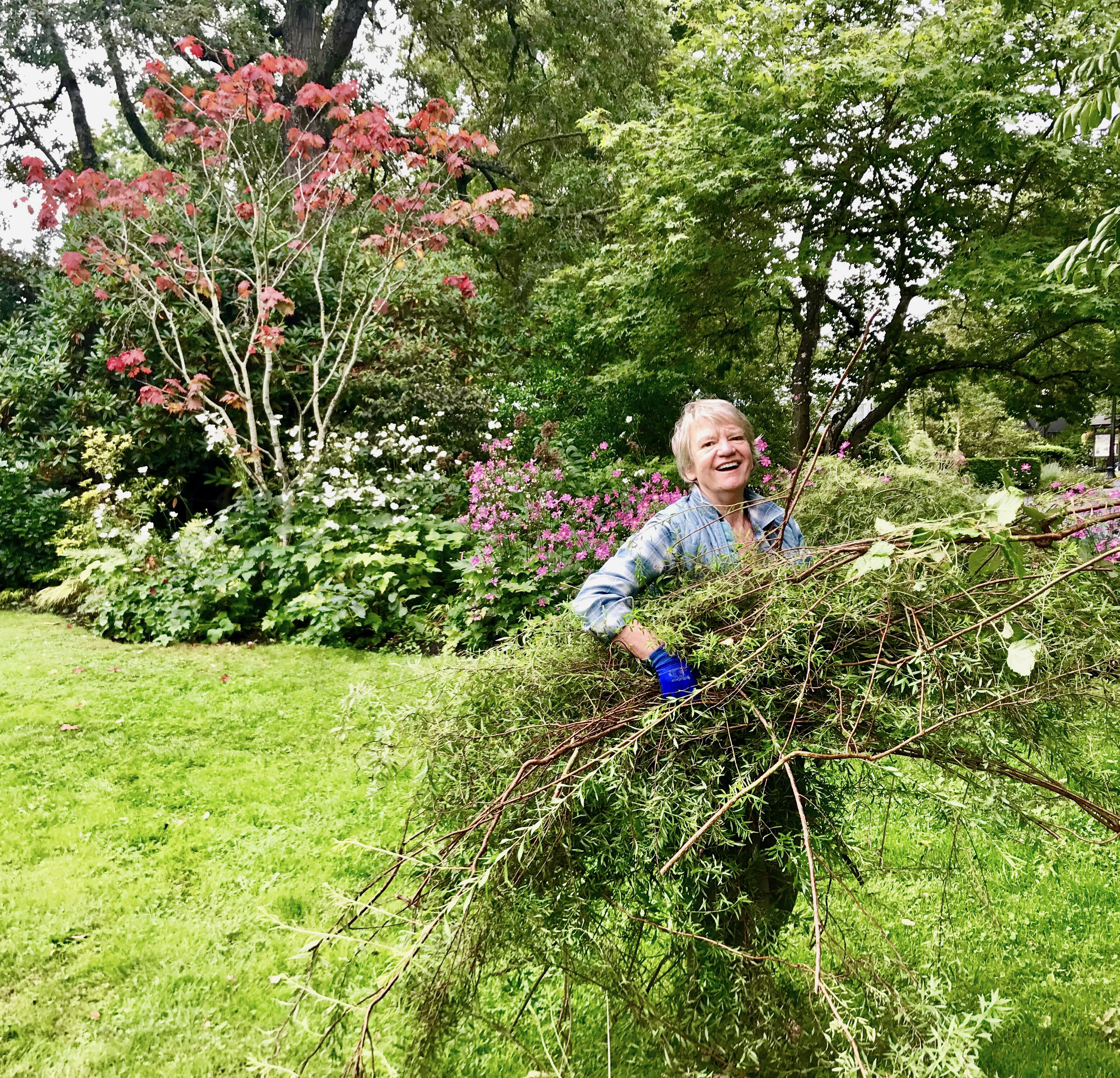 What a crazy year!

Now I know 2020 is not over yet, but for me, I began my first year as Volunteer Coordinator for Mission Streets Parks Conservancy (MSPC) in September 2019. And here it is September 2020.

While MSPC managed to survive the fall and winter without Gretchen’s steady presence, the Covid-19 pandemic struck in mid-March just as the work of tending the 50+ landscape beds around Bush House and Bush Barn starts getting into high gear.

Like all hardy plants (sometimes called weeds), the Tuesday Gardeners quickly adapted to the new Covid-19 reality. While the most vulnerable among us stayed close to home, others continued to show up every Tuesday morning at 9am to practice socially distant gardening. Spring cleanup of the landscape beds continued, although now with masks. We made other adjustments like no longer sharing food at the mid-morning break. A change that was hard for me because it was always such a pleasure to taste the many homemade, or homegrown, goodies that the Tuesday Gardeners provided.

Thanks to the many dedicated volunteers the beds at the park got weeded and edged to show off their best selves. Hydrangeas were cut back to encourage new growth. In the island beds south of Bush Barn, the peonies received their yearly helping of ground oyster shells. Their abundant spring blooms were then propped up, so they could be enjoyed from afar. The showy and prolific euphorbia blooms were cut back after their glory faded. Volunteers also spent hours pruning and weeding the Rose Garden early in the year. Our reward was a profusion of flowers throughout much of the summer.

When the Conservatory was closed to the public due to Covid-19, masked but undaunted volunteers continued to care for the greenhouse plants week in, and week out.  In April, the greenhouse glass was white-washed to protect the fragile plants from the hot sun. The closure also provided an opportunity to make repairs to the Conservatory’s wooden shelving.

Volunteers also took on two new projects. The first is the planting of a ‘hot border’ in the small hedged bed just south of the Conservatory and bordering the Bush House driveway. Designed by Gretchen and executed by volunteers, a mass of warm-hued flowering plants is now tall enough to clear the surrounding hedge and nod to the many passers-by.

The second new project is the mulching of the tree circles in the upper oak grove bordering High Street. Last year, inmate and community service crews worked to create protective tree circles around the oaks. This year, a dedicated team of volunteers worked tirelessly through much of July and all of August to enlarge the tree circles and spread new mulch, one wheelbarrow at a time. We are almost done.

While the Spring and Art Fair plant sales were sacrificed to Covid-19, the summer of 2020 was a busy and productive year for the Tuesday Gardeners.  In summary, it’s been crazy, but productive year!